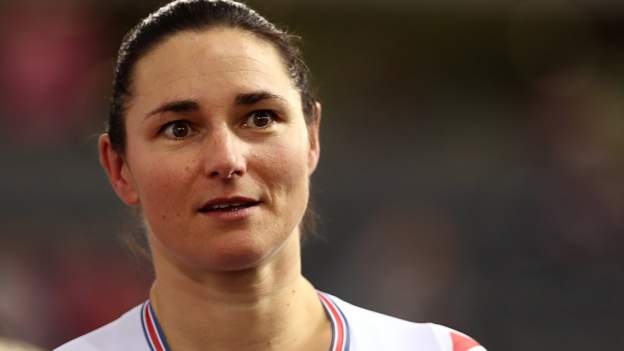 The Times reported the TUE was applied for Storey after an adverse analytical finding for asthma drug salbutamol in a urine sample at London 2012.

British Cycling said the report raised concerns of a “breach of privacy”.

She has won 14 Paralympic gold medals including nine for cycling and five for swimming, and is aiming to compete at her eighth Games this summer in Tokyo.

BBC Sport has contacted the BPA and Storey, who won four gold medals at London 2012, for comment.

The Times reported that she delivered a salbutamol level higher than the permitted limit during the 2012 Paralympic Games.

Storey told the newspaper, through a lawyer, that she had been diagnosed with asthma as a child and had “breathing difficulties” after winning gold in the individual pursuit and used an inhaler before needing to speak to journalists.

A British Cycling spokesman said: “Our understanding is that both the British Paralympic Association and the rider followed the appropriate processes, and that the International Paralympic Committee, UK Anti-Doping and the World Anti-Doping Agency have raised no concerns either at the time or since.

“As one of our responsibilities as a governing body is to give a voice to athletes in our sport, we must raise concerns at what would appear to be a substantial breach of privacy without a substantial demonstration that this was in the public interest.

“One of the reasons why World Anti-Doping Agency (Wada) processes are confidential is to protect athlete well-being so we are particularly concerned by the impact stories like this could have on athletes who may under-use their medicine, and harm their health, rather than risk their private medical records becoming public in the future.”

British cyclist Chris Froome was under investigation after a level of legal asthma drug salbutamol above the permitted limit was found in his urine before the case was dropped.