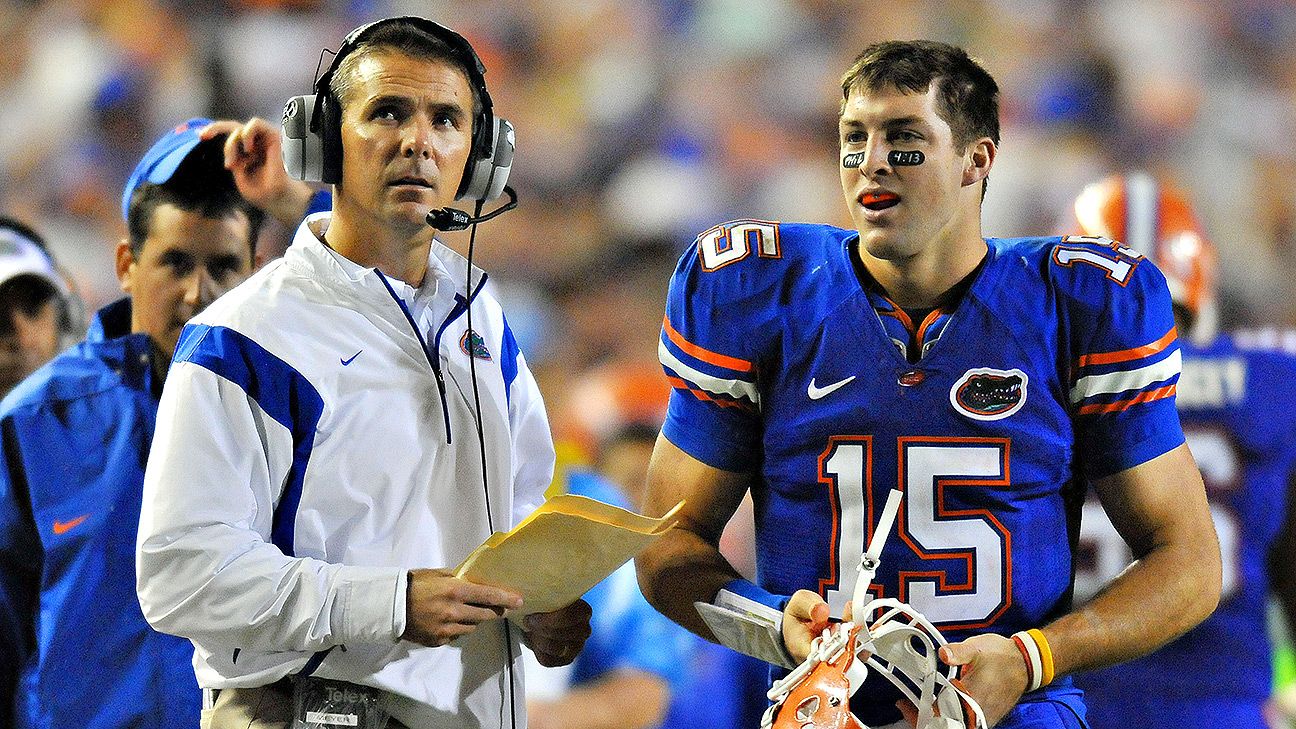 JACKSONVILLE, Fla. — It looks like Tim Tebow is finally going to be playing for his hometown team. Just not as a quarterback.

The Jacksonville Jaguars are expected to sign the 33-year-old Tebow to a one-year contract either later this week or next week to play tight end, a position he never played in high school, college or his previous three-year NFL career, a source confirmed to ESPN. A deal has not been agreed upon at this time, however.

Once he signs he will be reunited with Jaguars coach Urban Meyer, who coached Tebow at Florida and won a pair of national championships with the Gators.

Word leaked on the first day of the 2021 NFL draft that Tebow had worked out for the Jaguars as a tight end. GM Trent Baalke confirmed the workout but said the team would worry about whether they were going to sign Tebow after the draft.

The Jaguars already had five tight ends on the roster: Chris Manhertz, James O’Shaughnessy, Luke Farrell, Ben Ellefson and Tyler Davis. Manhertz, who was signed in free agency, is a blocker who has 12 catches in 70 career games. O’Shaughnessy has 88 catches in six seasons with Kansas City and Jacksonville. Ellefson has one career catch and Davis played in eight games last season after the Jaguars selected him in the sixth round.

Farrell was the team’s fifth-round pick this year.

Tebow hasn’t played football since the 2015 NFL preseason and has spent the past six years working as a broadcaster on the SEC Network and working on his professional baseball career. Tebow was adamant about remaining a quarterback during his three seasons with the Denver Broncos, New York Jets, New England Patriots and Philadelphia Eagles but apparently has had a change of heart now that Meyer is running the Jaguars franchise.

Tebow grew up in Jacksonville and starred at Nease High School before signing with Meyer and Florida in December 2005. Chris Leak was the starting quarterback in 2006 but Tebow got plenty of action as a short-yardage specialist and threw 33 passes to help the Gators win the national championship.

Tebow became the starter in 2007 and threw for 3,286 yards and 32 touchdowns and ran for 895 yards and 23 touchdowns to become the first sophomore to win the Heisman Trophy. He led the Gators to the 2008 national championship and UF went undefeated in the regular season in 2009 before losing to Alabama in the SEC Championship Game.

Tebow finished his UF career as the SEC’s all-time leader in rushing touchdowns (57), touchdown responsibility (145), and passer efficiency (170.8). He still holds the first two records but has since been passed by Tua Tagovailoa, Joe Burrow and Mac Jones in the last category.

Then-Jaguars owner Wayne Weaver called Tebow an iconic figure in September 2009 as Tebow was beginning his final season at UF. There was a push among some in Jacksonville for the Jaguars to draft Tebow but the Jaguars took defensive tackle Tyson Alualu 10th overall in the 2010 draft.

Denver drafted Tebow 25th overall in 2010 and he started only three games that season but started both playoff games. He connected with Demaryius Thomas on an 80-yard catch-and-run game-winning touchdown in overtime to beat the Pittsburgh Steelers in a wild-card playoff game but completed only 9-of-26 passes for 132 yards the following week in a 45-10 loss to New England.

Tebow went 7-4 as a starter with 12 touchdowns and six interceptions with the Broncos in 2011 but Denver signed Peyton Manning in the offseason. A league source told ESPN’s Adam Schefter that the Broncos gave Tebow the option to be traded to the New York Jets or Jaguars and Tebow chose the Jets.

The Jets used Tebow mainly on special teams. He was cut the following April and signed with New England. He was released during the final cuts after training camp. He signed with Philadelphia in April 2015 and played in all four preseason games before being released in the final cuts.

Despite not playing baseball since his senior year of high school in 2005, Tebow announced in August 2016 he was going to attempt to play professional baseball. The New York Mets signed him to a minor league deal and he spent the next four seasons moving up from the instructional league to Triple-A. He announced his retirement from professional baseball in February and finished his career with a .222 average with 18 home runs and 109 RBIs in 306 games.