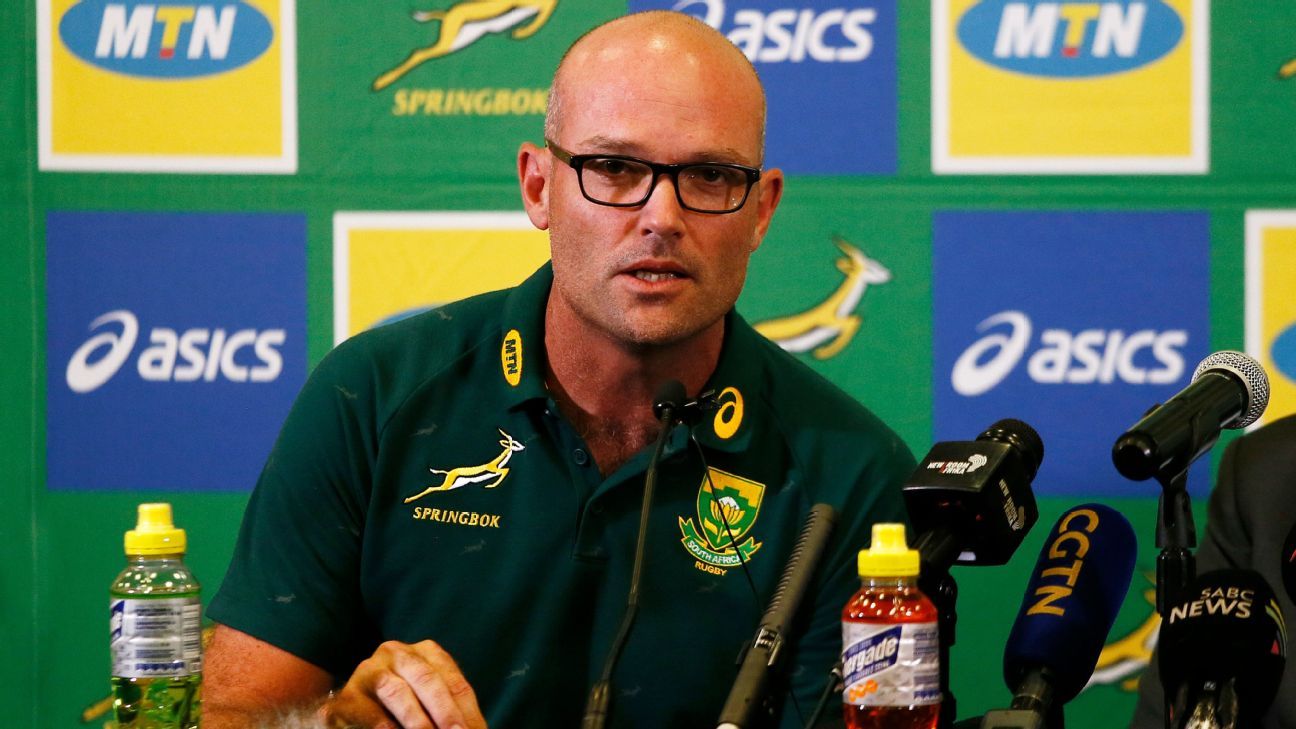 South Africa will play their first test matches since lifting the World Cup in November 2019 when they host Georgia for two tests in July as a warm-up for the British & Irish Lions series, a major boost to new head coach Jacques Nienaber.

South Africa has been hardest hit by the COVID-19 pandemic among the world’s leading rugby nations, with limited domestic action and an idle national side since the start of the global crisis.

There had been fears they would go into the Lions series, which will feature three tests between July 24-Aug. 7, without any international warm-up fixtures due to South Africa remaining on the ‘red list’ for travel for a number of countries.

But they will host Georgia on the weekends of July 2-3 and 9-10, with the exact venues and dates to be announced shortly, South African Rugby said on Monday.

“Jacques, his coaching staff and management have been working around the clock to get the team as well prepared as possible, and the Georgia series is a much-needed opportunity after such a long and unforeseen interruption due to the COVID-19 pandemic,” Springbok director of rugby Rassie Erasmus said in a statement.

South Africa and Georgia have only met once before in senior international competition, with the Boks running out 46-19 winners in the group stage at the 2003 Rugby World Cup in Australia.

The teams had been due to meet in South Africa last year, but the match was cancelled due to the pandemic.

Meanwhile, Italy have cancelled their tour of New Zealand this summer due to concerns around travelling during the coronavirus pandemic, the Italian Rugby Federation said on Monday.

The summer tour, scheduled for July, with two test matches against the All Blacks, will now not take place, leaving New Zealand Rugby scrambling to save their July test window.

“After constructive consultations between our federations and health authorities, to our deep regret, the current conditions made it preferable to concentrate energies at home ahead of the autumn series,” FIR President Marzio Innocenti said in a statement.