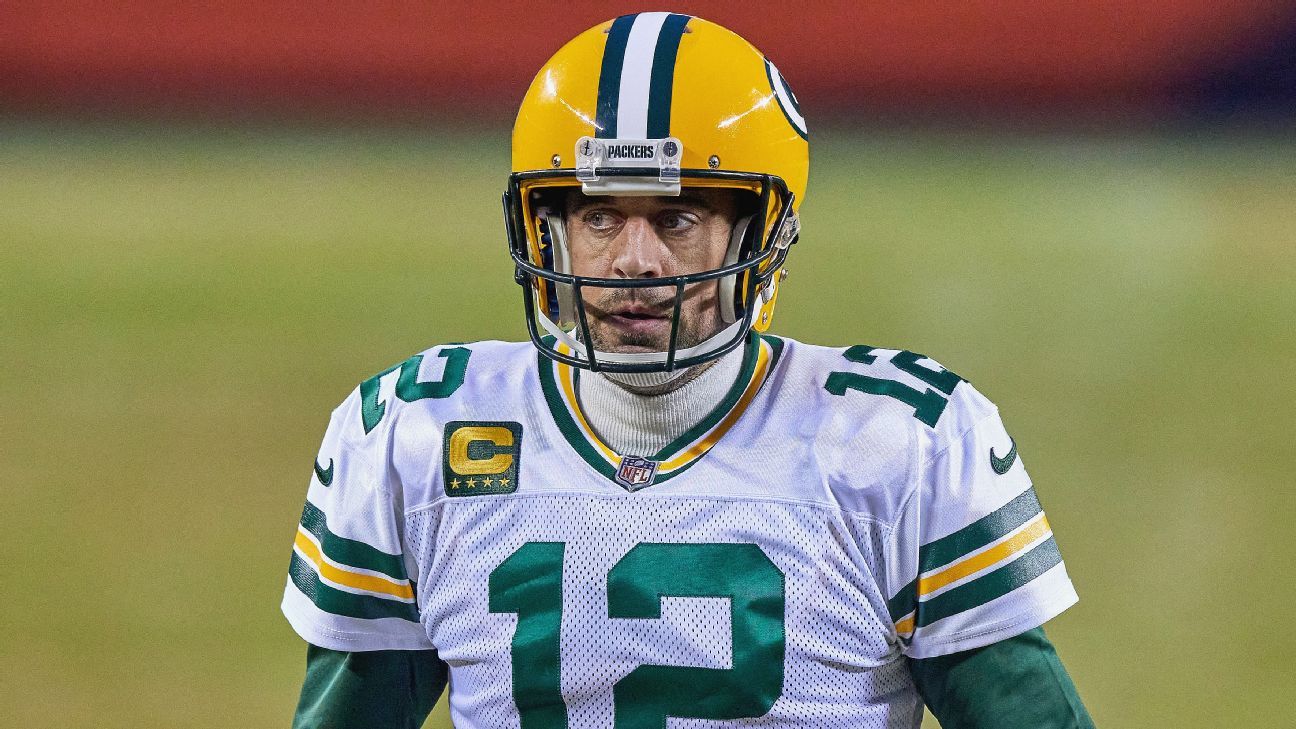 HENDERSON, Nev. — Not very likely, given the level of investment in their current quarterback.

Or, to phrase it in “Jeopardy!” speak: What are the chances of the Las Vegas Raiders trading for Aaron Rodgers?

Look, the disgruntled reigning NFL MVP-turned-guest host of the iconic game show can hit Daily Doubles all offseason when it comes to being “intrigued” by Las Vegas. And Jon Gruden might be tempted to right a wrong after he worked out Rodgers prior to the 2005 draft and did not select him for the Tampa Bay Buccaneers at No. 5 overall (Gruden instead drafted running back Cadillac Williams while the Raiders also whiffed, taking cornerback Fabian Washington at No. 23, one pick ahead of the then-thankful Green Bay Packers).

But while it is not known if the Raiders have had internal discussion on potentially acquiring Rodgers — discussing him publicly could be construed as tampering — this much is true: Las Vegas’ offense is built around Derek Carr.

And as a source told ESPN.com, Gruden is very happy with Carr, and Las Vegas has retooled the defense to, in effect, give Carr some help. Remember, it was the defense that collapsed late in mind-numbing home losses to the Kansas City Chiefs, Los Angeles Chargers and Miami Dolphins (then again, the defense showed up late to close out wins at the Carolina Panthers, Chargers and Denver Broncos).

The prevailing thought in Silver-and-Blackdom is this: Carr is not the problem with the Raiders. But is he the answer? And if you have to ask yourself that question, then maybe you do have a problem.

Talking in circles, sure, and this is not to advocate one way or another when it comes to Rodgers, the Raiders and Carr, the most polarizing figure in franchise history (fans are in one of two camps when it comes to the Raiders’ all-time passing leader).

But, as San Francisco 49ers general manager John Lynch said during the draft, when he admitted inquiring about trading for Rodgers, If the MVP might be available, you have to at least check.

So what would it take for the Raiders to do more than inquire? Glad you asked.

ESPN’s Bill Barnwell created and then ranked seven of his own trade proposals for Rodgers, from least appealing to most attractive, and the deal he came up with for Las Vegas was just sixth.

In essence, Barnwell had the Raiders sending Carr, first- and second-round picks in the 2022 draft and a 2023 first-round pick to Green Bay for Rodgers and the Packers’ 2023 four-round draft pick.

The Packers might also want one of the Raiders’ young rising stars still on his rookie contract — defensive end Maxx Crosby?

It’s a steep price to pay for Las Vegas, especially given how far down the road the Raiders are with Carr, scheduled to be going into his fourth season with Gruden and coming off career highs in passing yards (4,103), yards per completion (11.8), quarterback rating (101.4) and total QBR (71.0). He just turned 30.

As Barnwell noted, the Packers “would eat a record $38.4 million in dead money, all on this year’s cap” if they trade him before June 1. His cap number of $37.2 million is the most expensive of any player in the NFL for 2021 (Carr carries a cap number of $22.125 million for this season).

A late start in picking up Gruden’s infamously tough offense and terminology? Perhaps. But the Raiders won’t have mandatory minicamp until June 15-17, anyway.

Oh, and the Raiders would take just a $2.5 million salary cap hit by moving on from Carr, either by trade or cut.

Is it feasible? Sure. But just as unlikely.

Quick, somebody cue the “Jeopardy!” theme music as we wait, probably for June 1.