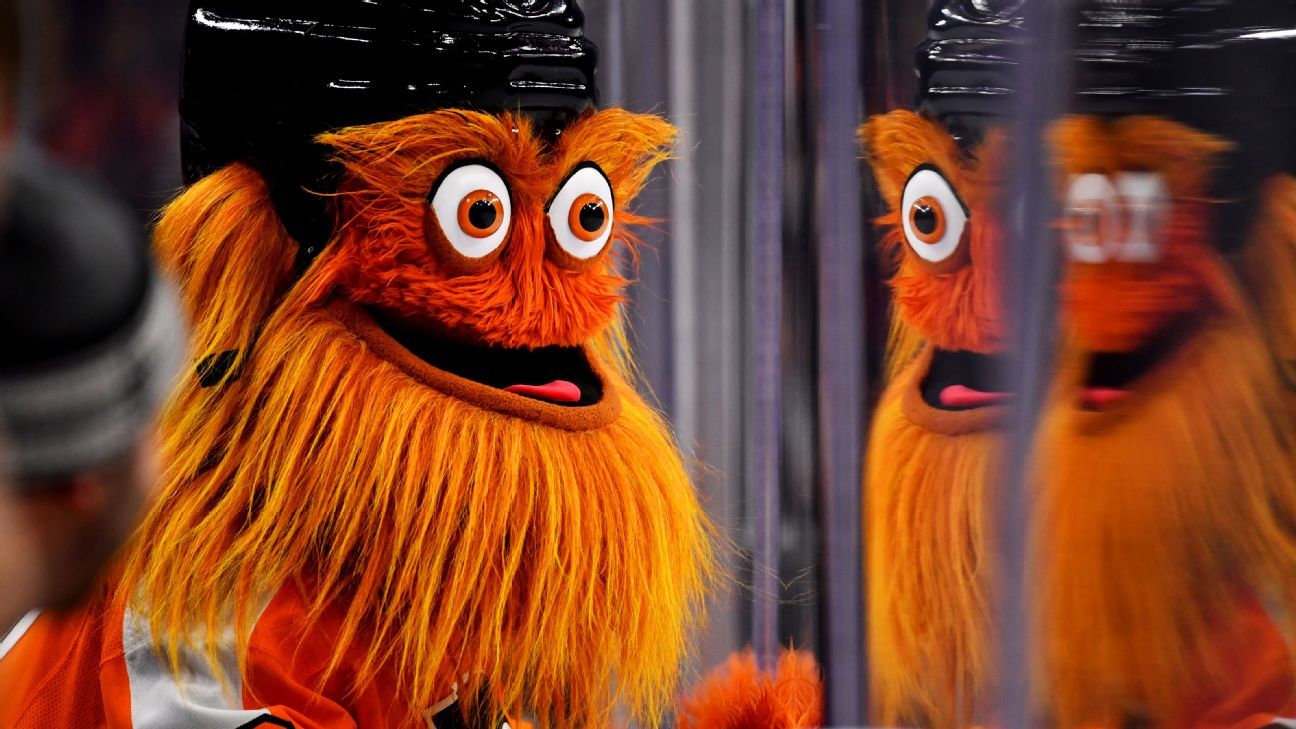 The Philadelphia Flyers will not be going to the Stanley Cup playoffs and their season ends Monday night. Gritty, the Flyers’ mascot, is using the occasion to reflect on the season

“I got naked (a lot), played in a ball pit, rode a mechanical bull, vacationed in Tahoe, hired (and pretty much immediately fired) my first intern, threw some cake, and danced my lil dancey dance,” Gritty said, recapping his year, in a tweet on May 6.

Gritty also realized how selfish he had been, doing only antics for himself.

“I’ve been doing ME, whatever I wanted to do,” Gritty said. “But I didn’t even consider asking.. what do YOU want me to do?”

Enter one persistent Flyers fan. Since January of 2020, a Flyers fan, known as @KnittyKitty has requested that the mascot throw a sheet cake at her.

My long-standing requests for Gritty to throw a sheetcake at me have been blatantly ignored by @GrittyNHL and @NHLFlyers. It’s clear Gritty is only in it for fame and doesn’t care about fans. But he can turn it around. He knows what he must do.

Gritty, throw a sheetcake at me. https://t.co/66sAMVCxcj

She asked again at the start of 2021. Then again in April.

Then Gritty’s weekend of benevolence gave the fan a perfect shot and getting the request granted.

Gritty, I know we’ve been playing a one-sided game of cat and mouse for almost a year and a half now.

The time has come.

I want you to throw a sheet cake at me.

And, prior to Monday’s game, cake finally met fan.