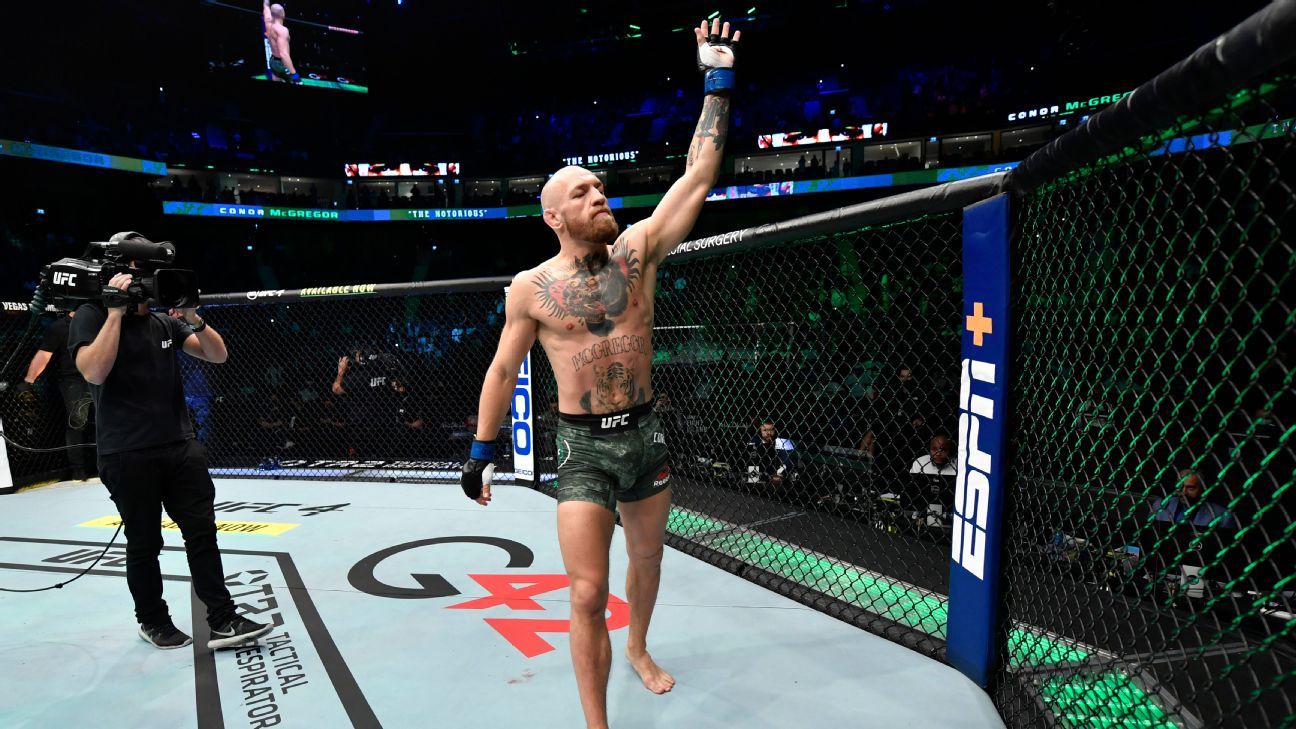 UFC legend Conor McGregor has said he will do “big things” with Manchester United if he were to buy the club.

The Premier League club are owned by the American Glazer family, who fans have protested against since their leveraged buyout in 2005. The protests have stepped up in recent weeks after the announcement of the failed European Super League.

– Ogden: What next for the Glazers’ ownership?
– Stream FC Daily on ESPN+

The ESL was announced on April 19, causing widespread anger throughout the world of football. On April 20, McGregor tweeted: “Hey guys, I’m thinking about buying Manchester United! What do you think?”

The UFC fighter was asked by a fan on Twitter whether he still intended to buy the club.

“A conversation came up regarding Celtic first to be honest. To acquire shares from Dermot Desmond,” he replied.

“I am certainly interested in acquiring a sports team at some stage! Both Celtic and Man United are teams I like for sure. But I am open. I feel I could do big things for a club.”

Any takeover bid from McGregor, however, would need additional funding with the Independent estimating his net worth anywhere between £120-£180 million to $300m. Forbes values United at £3 billion.

United fans have voiced strong opposition to their ownership in recent weeks including breaking into the club’s training ground Carrington, invading the pitch at Old Trafford and forcing the postponement of their game against Liverpool as well as boycotting club sponsors.

United owner Joel Glazer released a statement straight after the ESL debacle in April to apologise to fans and followed this up with another open letter on May 7 which said he “cares deeply” about the club.

“I want to reassure you that my family and I care deeply about Manchester United and feel a profound sense of responsibility to protect and enhance its strength for the long-term, while respecting its values and traditions,” the letter issued on Friday read.

“Our top priority is, and will always be, competing for the most important trophies, playing entertaining football with a team comprised of top-quality recruits and some of the world’s best homegrown talent. Under Ole [Gunnar Solskjaer], we feel we are absolutely on the right track.”