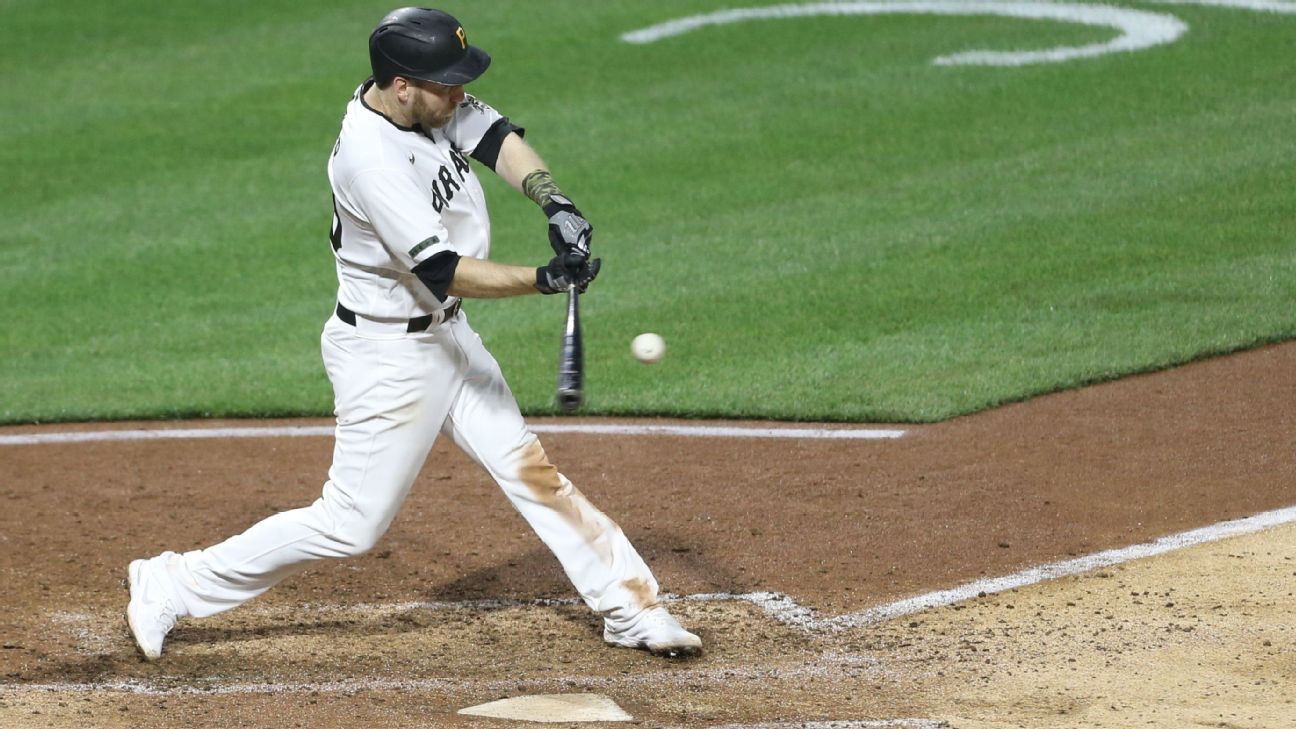 PITTSBURGH — Two-time All-Star infielder Todd Frazier was designated for assignment by the Pittsburgh Pirates on Monday after hitting .086 in 13 games.

Frazier, 35, had just three hits in 35 at-bats with no home runs and four RBIs.

The Pirates made the move to open a roster spot for outfielder Ben Gamel, who was claimed off waivers Sunday from the Cleveland Indians.

The Pirates signed Frazier to a minor league contract after he spent last year’s pandemic-shortened season with the Texas Rangers and New York Mets. The 11-year veteran has a .241 career batting average with 218 home runs.