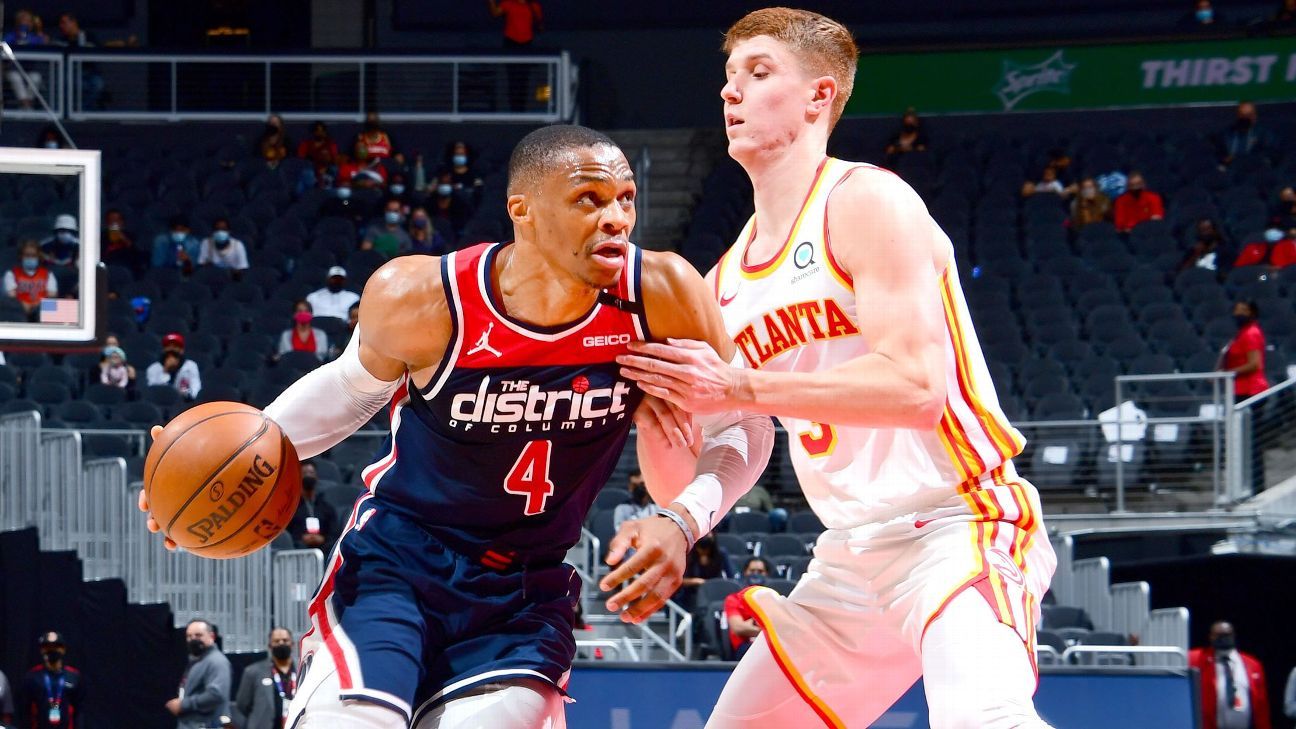 Russell Westbrook made history on Monday with 8:30 remaining in the fourth quarter against the Atlanta Hawks when he collected his 182nd triple-double and broke Oscar Robertson’s record for most career triple-doubles.

Westbrook passed Robertson when the Wizards’ point guard grabbed his 10th rebound in the fourth quarter at State Farm Arena. That gave him 21 points, 15 assists and 10 rebounds at that time. Robertson set the record of 181 triple-doubles on Mar. 24, 1974 and had been the all-time leader in the category since the 1961-62 season. Robertson’s record stood until Monday as Westbrook continued his triple-double assault.

“I’m very happy for you,” Robertson said to lead off the video. “Your family is very proud of you. And I salute you for all your accomplishments in the game of basketball.”

“What a feat,” said Kidd, who is fourth all-time with 107 triple-doubles. “Incredible. You left me a long time ago. But you are going to go down as Mr. Triple-Double.”

LeBron James, who has 99 career triple-doubles, paid his respect to Westbrook.

“It’s [an] incredible feat,” James said. “Someone had to do it. Why not you? Impressive bro. Impressive.”

NBA Commissioner Adam Silver said: “It speaks to your relentless work ethic and the all-around skill and passion that you bring to the game every single night.”

Westbrook sparked a furious comeback against the Hawks that fell just short as he missed a potential game-winning 3-pointer in the waning seconds of a 125-124 loss.

He tied Robertson on Saturday when he had 33 points, 19 rebounds and 15 assists in an overtime win over the Indiana Pacers. He sealed that game with clutch free throws and a block.

Despite starting the season off battling injuries and then enduring a COVID-19 outbreak on the Wizards team, Westbrook has turned his first season in Washington into a historical one. Robertson logged triple-double No. 181 on Mar. 24, 1974, a record that stood until Monday.

The last time an all-time NBA record was broken was when Ray Allen passed Reggie Miller on the all-time 3-pointers made list in 2011.