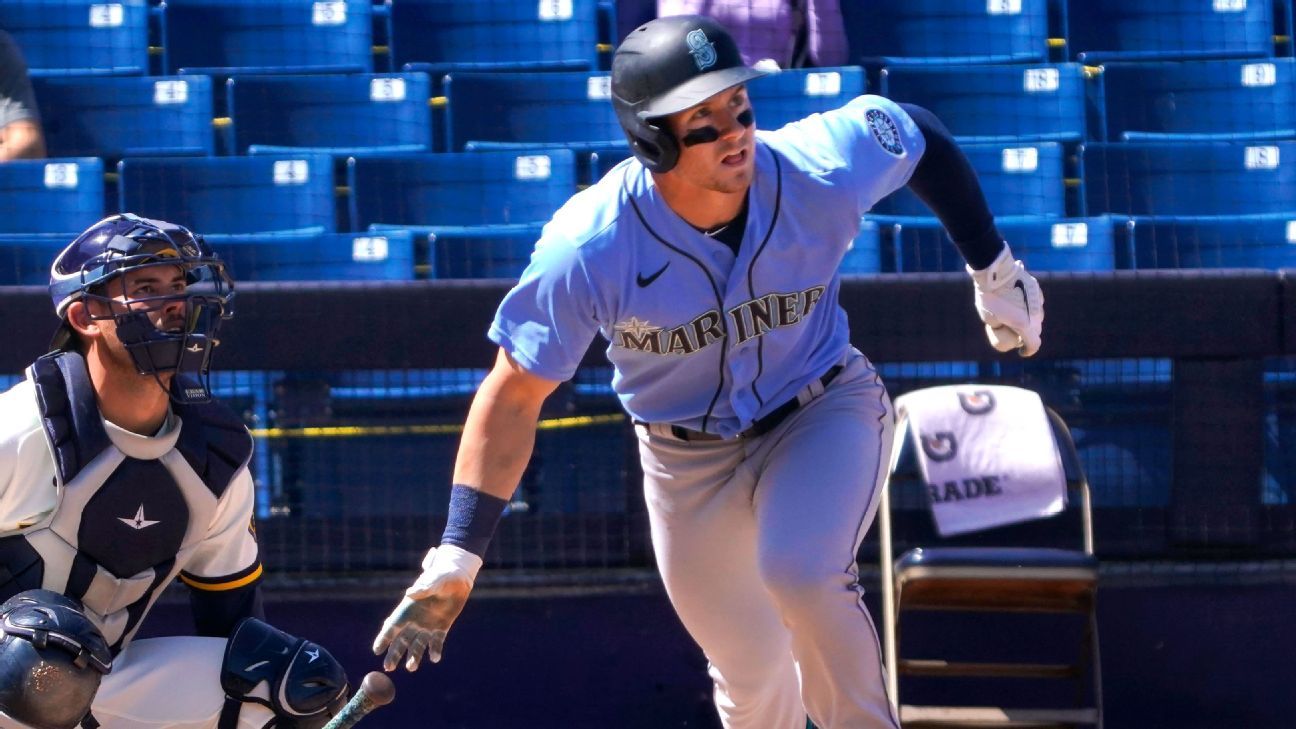 The Seattle Mariners are expected to call up their top prospect Jarred Kelenic on Thursday, sources familiar with the situation told ESPN’s Jeff Passan.

Kelenic, the No. 6 pick in the 2018 amateur draft, is ranked as the No. 3 prospect in baseball, according to ESPN’s Kiley McDaniel.

While things can change, the plan is to promote Kelenic, an outfielder, for the first game of Seattle’s home series against the Cleveland Indians.

Kelenic, 21, was sidelined early in spring training by a strained adductor muscle in his left knee. He is batting 9-for-19 with two home runs and two stolen bases in five games with Seattle’s Triple-A affiliate Tacoma Rainiers this season.

In late February, Kelenic indicated that his service time was being manipulated by the Mariners based on comments from former team president and CEO Kevin Mather that drew the ire of the MLBPA. Among multiple controversial comments made in an online video that led to his resignation, Mather divulged information about contract negotiations with Kelenic to a Bellevue, Washington, Rotary Club on Feb. 5. In the video, Mather said Kelenic would not be with the major league club on Opening Day as a way to keep club control for longer.

In the wake of Mather’s comments becoming public, Kelenic and one of his agents told USA Today that it was “crystal clear” that the Mariners’ decision to not call him up to the majors in 2020 was based on service time after he turned down a guaranteed contract in 2019.

Mariners general manager Jerry Dipoto personally apologized to Kelenic at the time but denied that the team was manipulating Kelenic’s service time.

“I’m not sure how you construe a service-time manipulation with a 21-year-old player who has played [21] games above A-ball and has not yet achieved 800 plate appearances as a professional player,” Dipoto told reporters in February. “That would be an unprecedented run to the big leagues that hasn’t happened in three decades.

“While Jarred is a wildly talented player, we do want to make sure that he has checked off the boxes in development because it’s incumbent on us, not just for the good of the Mariners but for the benefit of Jarred Kelenic, to make sure he has been fully developed.”