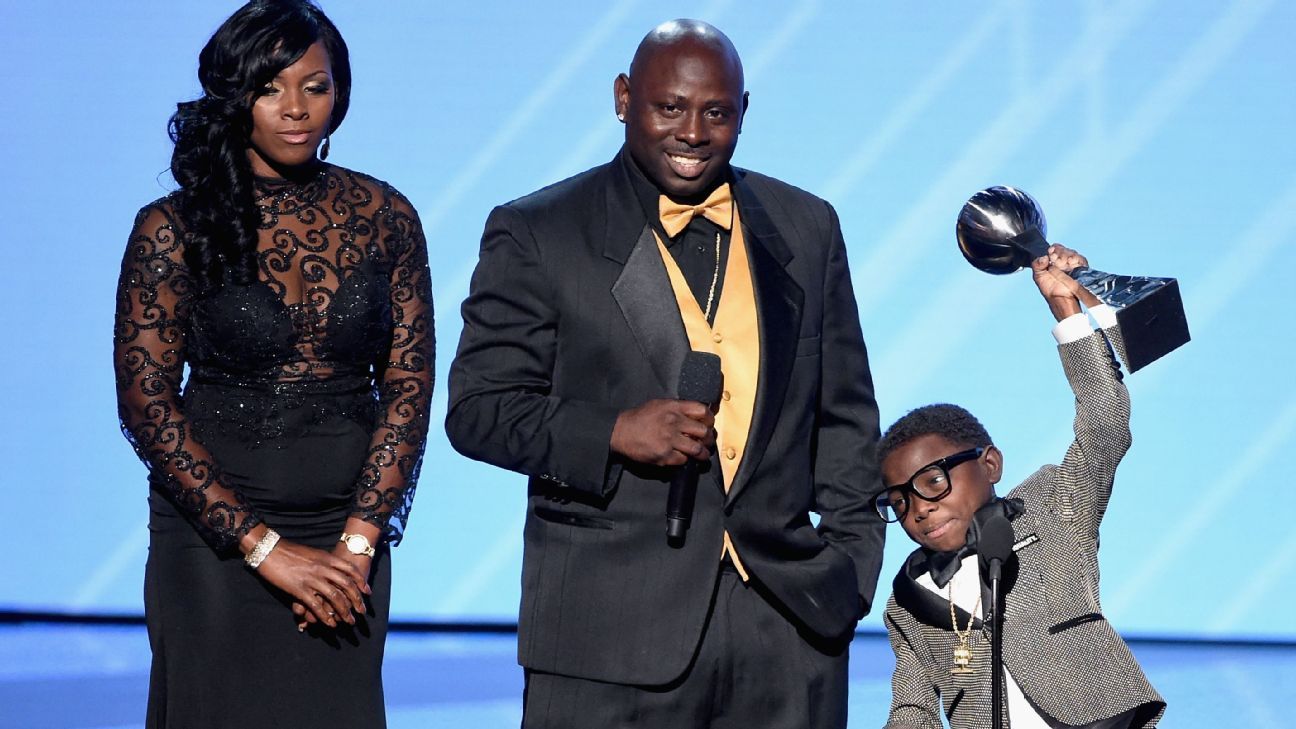 NEW ORLEANS — A Louisiana man whose seriously ill son gained fame in New Orleans for his devotion to the Saints football team was sentenced to eight years in prison Tuesday for drug trafficking and for fraudulently capitalizing on his son’s illness with a phony charity.

Robertson is the father of Jarrius Robertson, whose boisterous enthusiasm for the Saints and unbridled optimism while fighting a rare liver disease, won the hearts of team members and fans.

Jarrius has been often described as a Saints superfan in local media. Amid the publicity, which included an appearance at the ESPYs, Jordy Robertson established a charity to raise money for his son’s liver transplant. But prosecutors said the child’s expenses had been covered by Medicaid and the hospital.

Prosecutors said Jordy Robertson also continued to raise money through his “It Takes Lives to Save Lives” charity, purportedly to raise awareness about organ transplants for children. But he used the money for himself.

Jordy Robertson pleaded guilty in 2019 to wire fraud and drug trafficking charges. In addition to the prison sentence, he was ordered to pay $116,216 in restitution to people who made donations.

A federal complaint filed in 2019 said the investigation of Jordan began in 2017 when the Drug Enforcement Administration was tipped that Robertson was involved in cocaine trafficking in Garyville, a community west of New Orleans.

“Mr. Robertson’s criminal activities showed a blatant disregard for the generosity of others,” U.S. Attorney Duane Evans said in a statement Tuesday.

Jarrius Robertson, who was 17 by the time his father entered his plea in 2019, has never been implicated in wrongdoing. Then-U.S. Attorney Peter Strasser said Jarrius was a victim.

“Think about the emotional toll it has to take on him to see his own father use him to commit a crime,” Strasser told reporters outside the federal courthouse in September 2019.