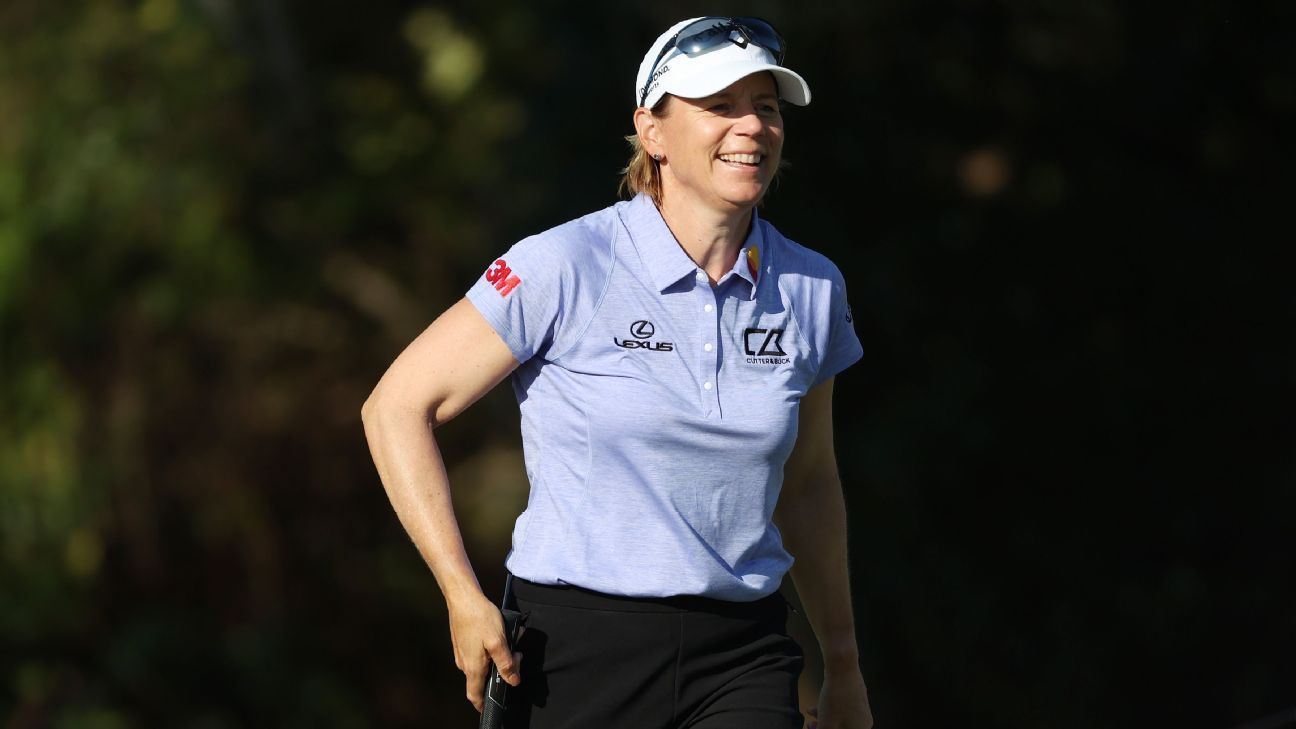 It’s been 13 years since three-time U.S. Women’s Open winner Annika Sorenstam played a United States Golf Association event. But that will change this summer, as she is scheduled to compete in the U.S. Women’s Senior Open Championship July 29-Aug. 1 at Brooklawn Country Club in Fairfield, Conn.

The USGA announced Wednesday that Sorenstam has filed an entry into the tournament as a fully exempt player. This is the first year Sorenstam is eligible for the event, which requires players be age 50 or older by the start of the championship. Sorenstam turned 50 last October.

Sorenstam, a native of Sweden, won 94 professional titles overall, 72 on the LPGA tour, where she was player of the year eight times. Sorenstam won 10 majors, including the 1995, 1996 and 2006 U.S. Women’s Open titles. She also finished second in the U.S. Women’s Open twice.

Her best years victory-wise on the LPGA Tour were 2002 (11 wins) and 2005 (10). Sorenstam also gained much acclaim when she played in one event on the PGA Tour: the 2003 Bank of America Colonial in Fort Worth, Texas.

Sorenstam stepped away from competitive golf after the 2008 season, although she was Solheim Cup captain for Europe in 2017. She stepped back into competitive play on the LPGA Tour this February at the Gainbridge Classic, located on her home course in Lake Nona Golf & Country Club in Florida. She made the 36-hole cut.

Her last USGA event was the 2008 U.S. Women’s Open, when she finished tied for 24th. She ended that event at Interlachen Country Club in Minnesota by holing out from 199 yards for an eagle on the 72nd hole.

“When I finished that round at Interlachen, I’m not sure I would have expected to compete for another USGA title in the future,” said Sorenstam, who has two children with husband Mike McGee. “But to have this opportunity now, at this stage of life, is incredible.

“USGA championships set themselves apart with world-class venues and world-class fields. I know the same type of challenge I used to relish at a U.S. Women’s Open awaits at the U.S. Senior Women’s Open. I am looking forward to the opportunity to compete, and to do it with my family by my side.”