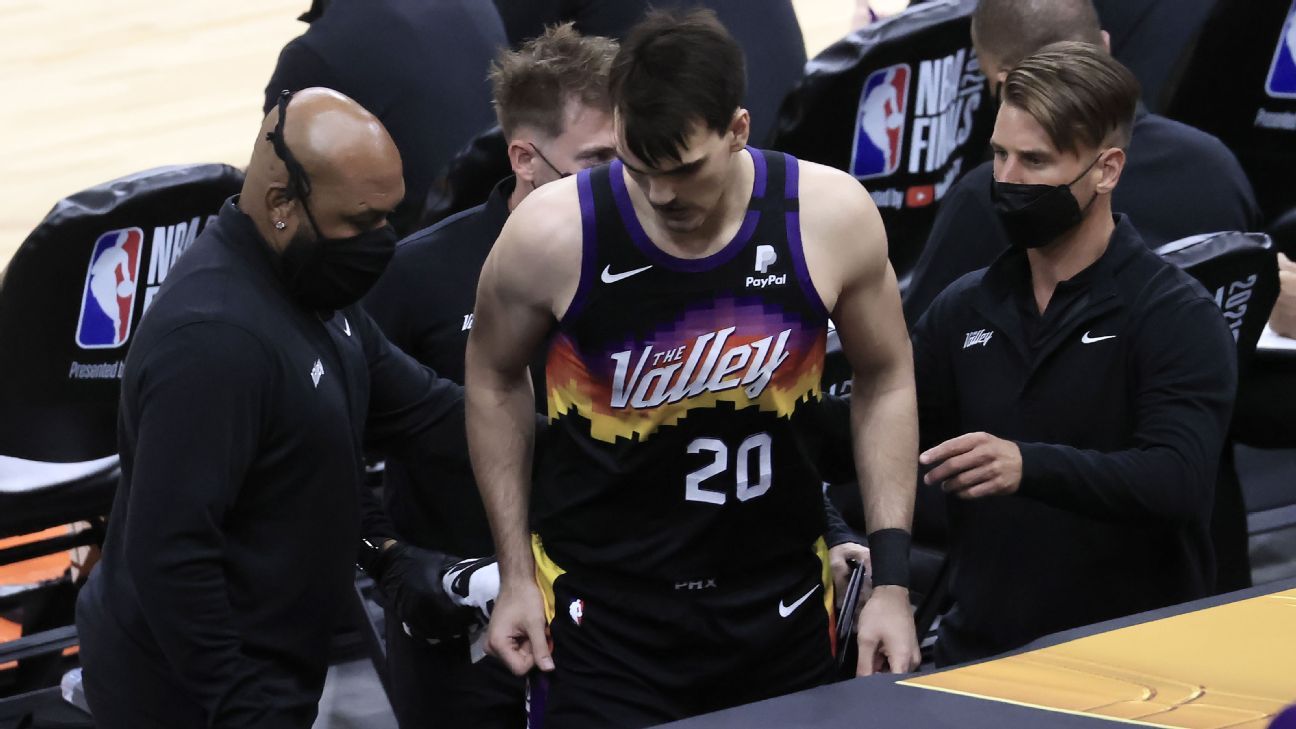 Phoenix Suns forward Dario Saric suffered a torn ACL in his right knee in Game 1 of the NBA Finals, the team announced Wednesday.

The team said he is out indefinitely.

Saric drove on Milwaukee Bucks center Brook Lopez late in the first quarter and his right knee appeared to buckle when he planted his feet in the paint.

He checked out of the game with 1:43 remaining in the first quarter and had to be helped off the court to the Suns’ locker room, finishing with one rebound and one missed shot in two minutes of play.

The five-year veteran came into the Finals averaging 4.8 points and 2.6 rebounds in 11.1 minutes per game during the Suns’ postseason run.